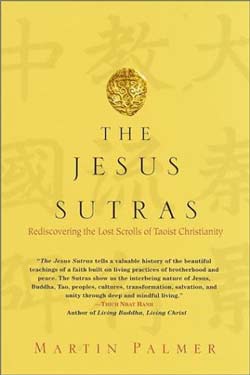 From the book cover, “In 1907, explorers discovered a vast treasure trove of ancient scrolls, silk paintings, and artifacts dating from the fifth to eleventh centuries A.D. In a long-sealed cave in a remote area of China. Among them, written in Chinese, were scrolls that recounted a history of Jesus’ life and teachings in beautiful Taoist concepts and imagery that were unknown in the West...The best way to describe them is collectively, with a term they themselves used: the Jesus Sutras.”

This book is an amazing adventure of how the Gospels came from Jerusalem to Antioch and then around the silk routes of Central Asia and ended up in northern China in the sixth and seventh century. It is a fascinating read, particularly how the Gospel was culturally and contextually adapted as it was translated into local languages.

It is well written and any student of history and of faith will find this book well worth the read. After reading you understand why this was on the New York Times best seller list.